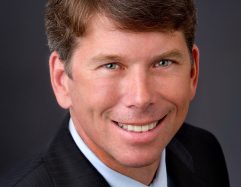 Sean T. Kean is Partner to the firm and practices in the areas of municipal law, employment law, workers compensation and municipal prosecutor. He also serves as general counsel to the Lakewood Development Corporation and Lakewood Industrial Commission.
Mr. Kean is a graduate of Seton Hall University and received a graduate degree from Columbia University. He received his law degree from Seton Hall Law School.
Mr. Kean was selected to the New Jersey General Assembly in 2002 representing the 11th Legislative District which was comprised of 25 coastal communities in Monmouth County. He was re-elected in 2003 and 2005. In 2007 he was elected to the New Jersey State Senate and served a four year term. After legislative redistricting in 2011, Mr. Kean was elected to represent the residents of Monmouth and Ocean Counties in the newly configured 30th Legislative District as a Member of the General Assembly. He has served in the 30th Legislative District since 2012.
Mr. Kean is a member of the Monmouth County Bar Association Local Government Law Committee.