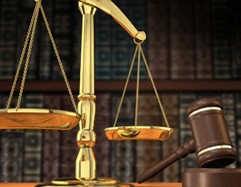 Ms. Groh has significant experience in complex litigation, including commercial, employment, malpractice, and probate matters, as well as municipal law and government. Mrs. Groh has extensive knowledge of employment law as a litigator and as management.  She served as Vice President and In-House Counsel for Premier Specialties, Inc. for seven years and Business Administrator in the Township of Washington (Bergen County) for two and a half years.

In addition, Mrs. Groh has represented various public entities by counseling and, as necessary, litigating matters related to employment, land use, special assessments, and constitutional challenges, among other matters.  Mrs. Groh also served as a Councilwoman in the Borough of Haworth for two terms before she decided to not seek re-election at the end of 2015.  During her tenure, she was Council President in two of her six years, negotiated two PBA agreements, and served as the Council Liaison to the Haworth Public School and Northern Valley Regional High School.

From January 2016 through July 2018, while serving as  Business Administrator for the Township of Washington, she also served as Public Agency Compliance Officer and Acting QPA.  In addition to the day-to-day management, she prepared budgets, resolutions, ordinances, bid specifications, and requests for proposals; developed personnel policies and procedures; evaluated claims for terminal leave and FMLA; and negotiated a collective bargaining agreement.  She has a thorough working knowledge of the Local Public Contracts Law, Prompt Payment Law, and Local Budgeting Law.

Prior to attending law school, Mrs. Groh was a Certified Public Accountant and worked as an auditor with KPMG out of its Short Hills office.