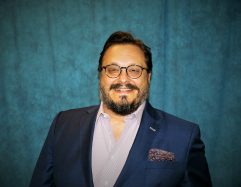 Mr. Seijas focuses his practice on complex employment, constitutional and commercial litigation. He has represented real estate development corporations, manufacturers, retailers, professional groups, and municipalities throughout the state. He appears regularly in state and federal courts in New Jersey, including appellate matters.

He currently defends both public and private employers from employment claims including gender/pregnancy discrimination, hostile work environment and “whistleblower” claims.
He also represents commercial entities in all aspects of their business including contract negotiations, business disputes and intellectual property.

Mr. Seijas has tried a number of cases to conclusions and has argued before New Jersey’s Appellate Division and the Third Circuit Court of Appeals. In addition he is a certified mediator and has served as an arbitrator for private binding arbitrations.